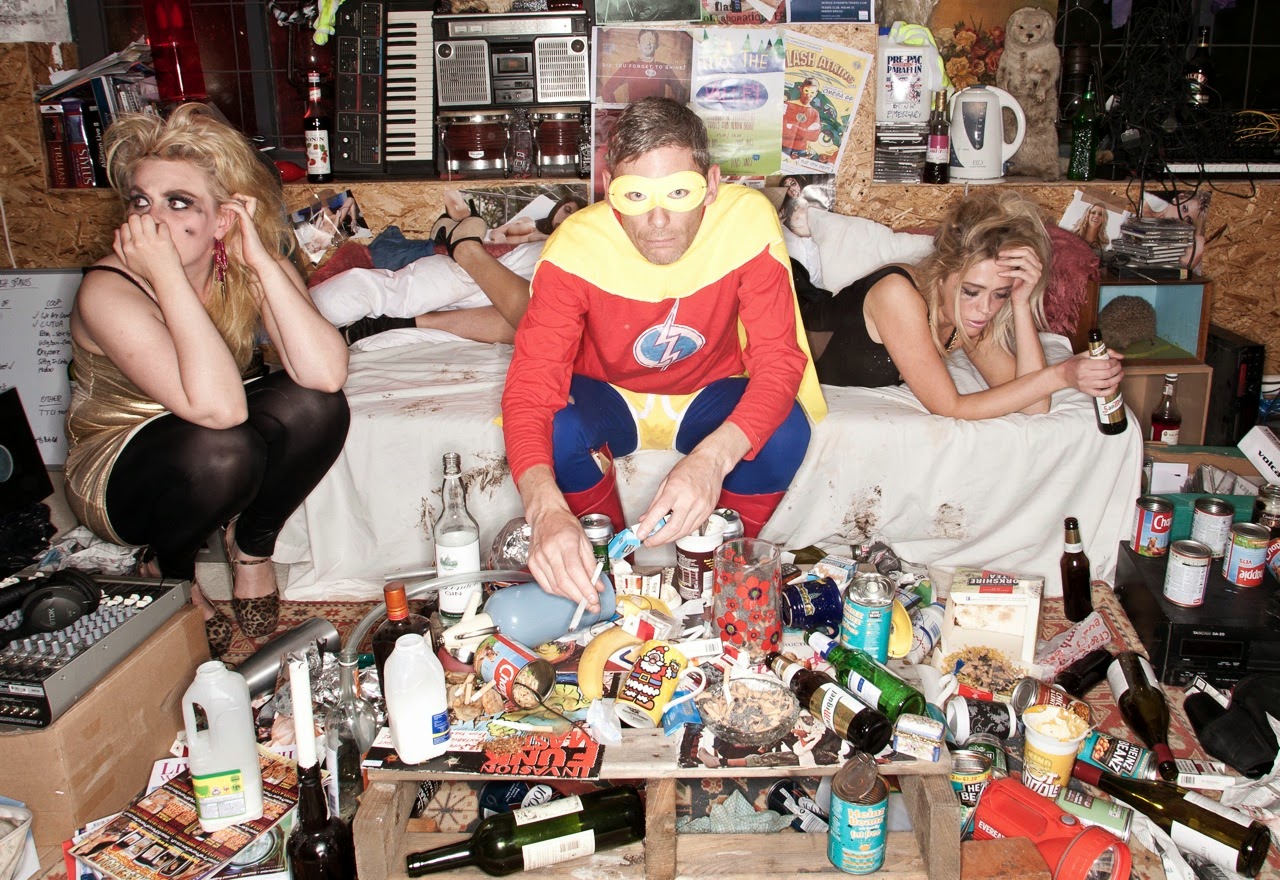 Flash Atkins is a drunkard, drug user and general wrong’un. A super hero who has fallen from his purple patch in the 80s to purple stains on his pants in the 00. He is also the alter go of Paper Recordings’ Ben Davis and Levenshulme Orphanage For Boys is the first single from his forthcoming album Paper album “The Life and Times of Flash Atkins”. Each track title is named after a chapter of a short story to be published as an accompaniment to the long player.

Levenshulme Orphanage For Boys is a slo-mo tech heavy chugger that is locked down with rock sold beats and a throbbing side-chained bass. The track builds with synth lines before a sampled female vocal brings in some sparse melody and reinforces the hypnotic rhythm. An acid line adds to the tension before the reaching it’s peak with all the elements hitting home.

The Deaf Boys Dub goes down a more stripped back route with a Moog synth riff and techy hats along with the sampled vocal. Ricocheting snares herald the arrival of the sub and things crank up a gear. It’s proper 4am lose yourself in the smoke club music as the synth riff filters in and out.

Doc L. Junior is a Norwegian legend who’s not been active for a while but is back with a wallop. Deep and synthy with a hint of 80s, this is big room music that brings to mind So Get Up by Underground Sound of Lisbon.

Finally, Richard Seaborne turns in a classic sounding remix recalling Armand Van Helden in his prime. He ups the pace, adds a brutal bottom end, chucks in a jazz break on top of the acid and vocal and it’s dance floor dynamite.

Francois Kervorkian - 'Flashing Thunder dub is great, will definitely give this one some plays.'

Sean Johnston (A Love From Outer Space) - 'Deaf Boys come on down!'

Sleazy McQueen - 'Wow, this is super cool and vibey. I dig all four!'

Harri (Sub Club) - 'Ben sent me this a while ago...been playing a few of these out'

Franck de Villeneuve (diprogress/rachdingue) - Nice original, the acid way, I like it & I'll play it'