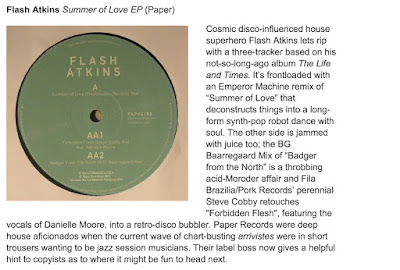 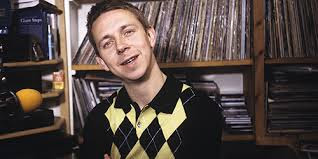 Gilles Peterson's Worldwide gives Drug Empire a spin at 2.04.32 on his Worldwide all winners of 2015 show.

Hear is here
Posted by Unknown at 04:00 No comments:

Acid House Creator is the second single from "The Life and Times” album. It comes stamped with the Andrew Weatherall seal of approval after he featured it on his Resident Advisor podcast.

The original is a pitched down deep house chugger that is heavy on atmosphere, lulling you in to the break when WHOOMPH! Arps take over, the bass unfolds then it’s tops off and time to get your gurn on. Things are taken down again and before you know it the break is back bigger, badder and better than the first time.

The first remix comes from the unofficial King of Norway Ralph Myerz and officially a producer who smashes it every time. Harking back to the legendary Erot, this is a pacy main room deep disco floor filler. Messy claps, clav, bumping bass, acid and plenty of disco dust hit the sweet spot and that’s before Javiera Menas brings the Brazilian flavour.

San Francisco’s Tal M. Klen takes things subterranean with a mix that is full of wonk and acid. There’s a heavy groove lurking under the bonnet with lush strings and Detroit pads sweetening the taste but this is serious electronic dance music for those who know.

Finally Paper favourites 2 Billion Beats take things to the beach. There’s a live kit, 80s bass, plenty of synths and we’re talking balearic baby as the original parts are woven in to a dreamy delight.

Ron Basejam - "Lovely acid. Tal M Klein's weirder take is my pick."
Sleazy McQueen - "Really diggin the Ralph Myerz remix!"
Fingerman - "Couple of great mixes here. Tal M kills it with his acid version but 2 Billion just peaks it with their tasty broken beat balearic remix."
Quincy Jointz - "Gig this EP much. Original version is my fav. Also dig the remixes of Tal M. Klein and 2 Billion Beats"
George Summers (Midnight Riot) - "Top dance floor business from the Flash..."
Kahuun - "The original is still my club favourite, but the other mixes adds more variety, Nice ACID!"
De Fantastiske To - "One of my favourites from Flash ́s album! Original is one hell of an anthem!" Chris Massey - "2BB all the way for me on here! Big beach bar vibes"
Greg Churchill (NZ) - "Killer release. Going Ralph's mix in particular"
Robot 84 - "All Killer on here, love Ralph's mix, also diggin 2 billions beats mix."
Murray Richardson - "Xlent stuff...Acid House Creator original is extremely good & the Myerz mix is top!"
80s Child - "Great Acid vibez on this, wicked stuff!"
Tronik Youth - "2 Million Beats for me"
Nikša Dragolin - "i love flash......he is out of this world and this new shit prove it all"
Posted by Unknown at 02:45 No comments: