Left Minded are Neil G and Luke Alan, both from the HAWT Label/Crew in Los Angeles. Neil G has had well received releases on Motion Music and Luke signed his first track to SOWAT Music.

Forthcoming on PAPERecordings, Empty Clips is deep dancefloor heavy house at it’s best. Electronic drums and analogue bass are wrapped round a warped vocal sample that gives the track a trippy feel.

Flash Atkins' remix of Empty Clips that is a piano anthem from the 90s parachuted in to the 00s. Disco bass, swinging drums and old skool keys…what’s not to like?

It will be on vinyl soon and available digitally on April 19.
Posted by Flash Atkins at 09:07 No comments:

Posted by Flash Atkins at 09:07 No comments:

State sponger Flash Atkins, fuelled by cheap pink speed and hooky Kestrel lager has been a busy boy of late.

The Sweetshop OUT NOW : http://itunes.apple.com/gb/album/the-sweetshop-feat-caspa-codina/id359451147

The DMC buzz charting electro pop gem that is The Sweetshop is out now on itunes, Beatport and all good online shops. The Pick & Mix version has got lo-fi bass, crunchy drums and snapping synths all topped off with 70s crooner Caspa Codina’s sleazy falsetto which is pop music with a knowing wink and impeccable 80s credentials. . According to IDJ Magazine in their 9/10 review it a “truly original sounding effort”.
Remixes come from producer of the hour Medasyn with a big room electro mix complete with crowd noises, dirty distorted basslines and 80s arpeggiators. Magik J does his hypnotic heads down thing with a vocal and dub suitable for those darker moments. The tracks mix up fidget, techno and house, guaranteeing full floors and thrown shapes.
Harri : Magik J dub is the one for me
Henri Kohn : Banging!
Nick Holder (DNH) : Magik J Dub woks for me.
Murray Richardson : Nice nice nice! Flash rides again!
Robert Owens : I just wanted to say again that I really like the Magik j vocal.
DT (Buzz Chart) : Flash Atkins went in at 24 and its rising.


Video
If you still haven’t seen The Sweetshop video, head to http://www.youtube.com/watch?v=iih_BmKL-Ew and be impressed! It’s completely unique and turns social networking on it’s head. It takes a sideways look at Facebook / YouTube / My Space / Twitter and filters it all through the seedy world of Flash Atkins.


Flash Atkins Remixes
On the remix front, Flash has manipulating sound using his dodgy mac laptop and come up with some cracking remixes. Visit http://soundcloud.com/flash-atkins to hear them.
Paper Music Issue 1 : Downtime : An exclusive Flash Atkins nu-disco remix of Downtime that is available as part of the Plane Paper : The Best of PAPERecordings. Buy it here : http://recordlabelservices.greedbag.com/buy/plane-paper-exclusives/
The Steals - The Wait A deep dubstep mix of the indie folkies with a fab vocal by Jayn Hannah. http://faunrecords.com/
Left Minded - Empty Clips A piano anthem from the 90s parachuted in to the 00s; disco bass, swinging drums and old skool keys…what’s not to like? Forthcoming on PAPERecordings on vinyl and digitally on April 19
SHE – Domina This deep house groover has been picked up by Ashley Beedle’s Out Hear Records and will be making an appearance on vinyl soon. http://www.facebook.com/ashleybeedle


New Releases
Chant Number 1 (I Can’t Keep This Pressure On) was put out to a remix competition and the brilliant results are out in April. DATG go deep and dark while Aaron Smith does disco on yo ass.

Gigs
Flash Atkins has been let loose in a new residency that could well end in tears due to the amount of booze available within arm’s reach. He can be found at Purple Chrome in the top room of The Hole in the Wall every second Friday of the month along with DJ Denaji. It’s free in and like the best school disco you’ve ever been to, soundtracked by soul, house, afro, reggae, pop, jungle, latin and disco.
You can also catch him at Into The Valley on May 29 and at the Futuresonic Festival.

New DJ Mix to Download
There may not be such a thing as a free lunch but there certainly IS such a thing a free mix. It’s another eclectic mix of laidback tune-age that's got plenty of dubstep, balearic covers, French rapping, the immense Don Cavalli, one of Hot Chip and some gypsy guitar all strung together using Flash's super human sound manipulation power.
http://soundcloud.com/flash-atkins/flash-atkins-beats-pieces-3

Exclusive Flash Atkins remix of the classic Downtime on PAPERecordings as part of PLANE PAPER: The Best of PAPERecordings, out now on 'PRE general release' here : http://recordlabelservices.greedbag.com/buy/plane-paper-exclusives/

It’s a collection presenting new and old catalogue treasures (that are available to download for the very first time) PLUS there is a bonus DJ mix by DJ History’s Bill Brewster featuring his favourite paper tracks. Click here to order now.
Posted by Flash Atkins at 03:46 No comments: 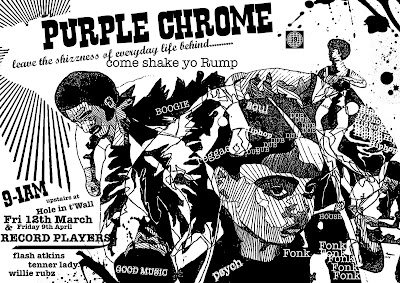 Posted by Flash Atkins at 03:30 No comments:

Posted by Flash Atkins at 04:12 No comments: